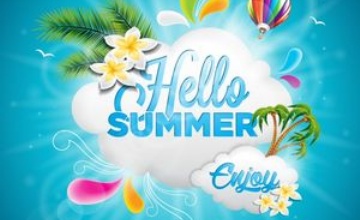 Good morning Year 6!  Last Saturday saw the Summer Solstice, meaning that it was the longest day of the year and we are now into the Summer season!  This week, we should have a heatwave, so remember to stay hydrated and enjoy the sunshine sensibly!

Here is your Guided Reading for today: 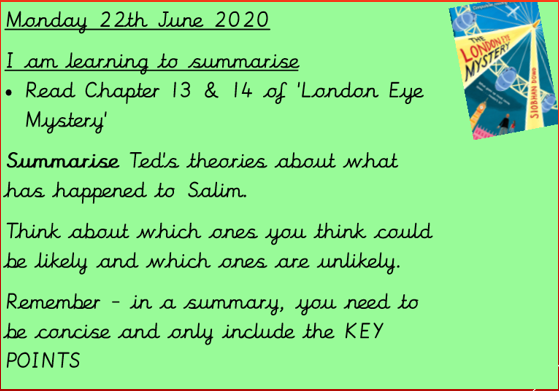 Once you have read chapters 13-14 of the London Eye Mystery, consider the following question for your English: How do the police catch criminals?  Evidence!  Click here to see a video of Sherlock Holmes - a famous (fictional) detective working his magic!

Well done to all your efforts for the Maths last week.  Here is Ruby's way of solving problems involving fractions:

Today, we will be solving problems involving the 4 operations.  When working with addition, multiplication, subtraction and division, which rules do you think of?