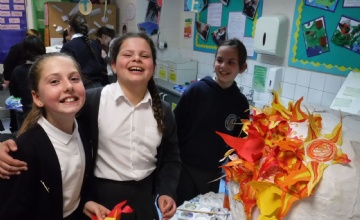 The children in the whole school really enjoyed Science Day on Monday where Mr. McAuley had organised a Planetarium to take over the school hall.  Year 6 learnt about constellations, planets and stars.  It was interesting to learn what the children knew already and they were incredibly inquisitive to find out more.  Thank you to all those families who were able to visit our Space Gallery Love to Learn projects on Friday afternoon.  They were absolutely fantastic!

On Space Day (Monday), our learning focussed on astronomical proportions!  In English, the children wrote their own Greek myths and in Maths, they used scale to draw the diameters of the planets.  From this, they found out the relative distances of the planets from the Sun.  For example, on a scale of 1m : 100,000,000,000m, 'Neptune' was 44m from the 'Sun'. 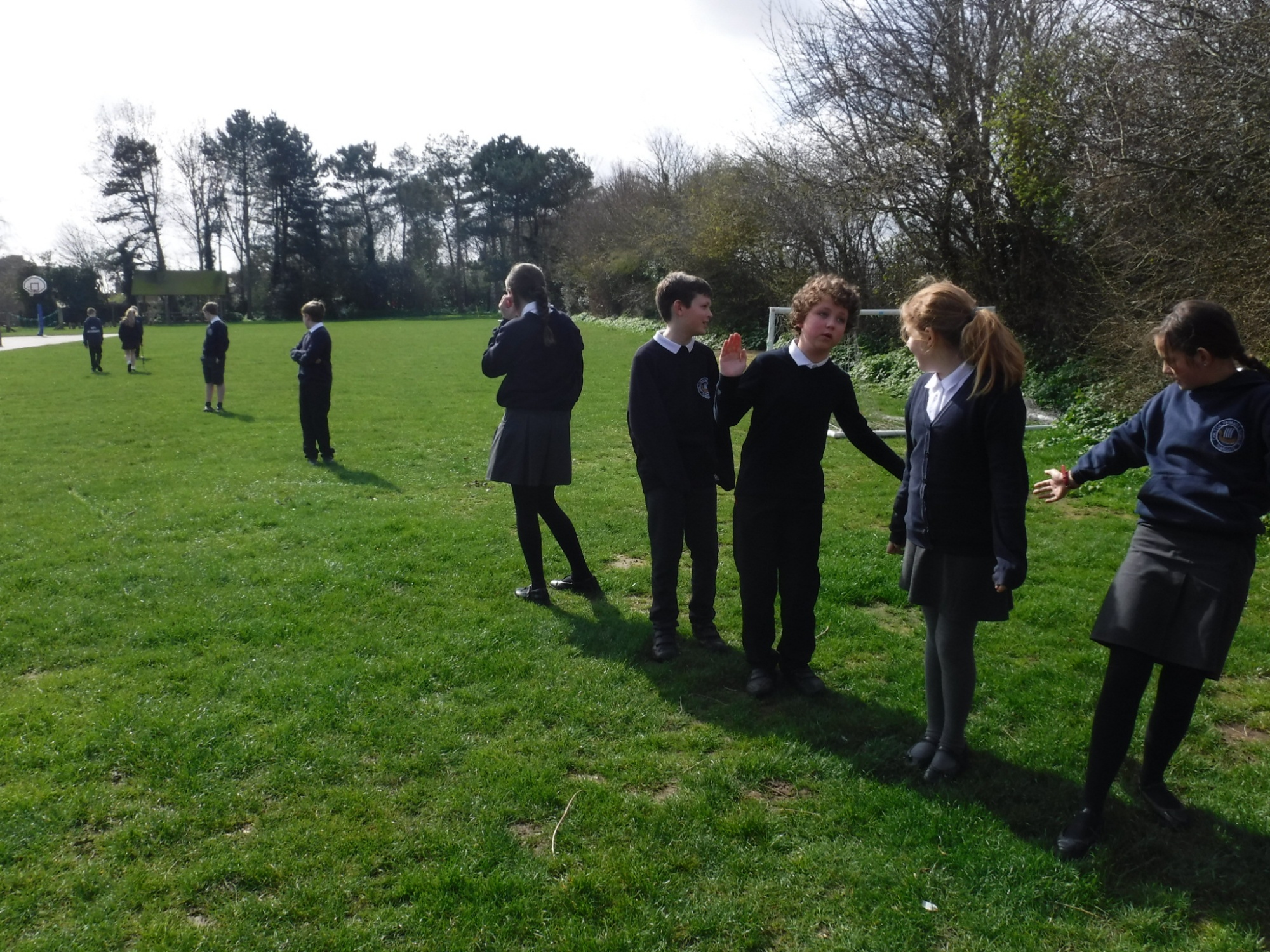 For the rest of the week, children have been writing their own flashback stories based on 'Kensuke's Kingdom'.  They tried to grab the reader's attention by taking them back in a sudden distant memory.  In maths, we have measured angles and found missing angles based on facts we know.

Love to Learn this week is to write a fact file about a planet (or The Moon or The Sun) of the children's choice.  Be informative, creative and engaging.