Home Learning for Monday 18th May 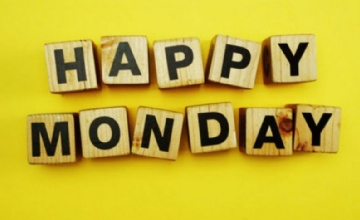 Morning Team Sky and Team Ocean! We hope you had a lovely weekend J

The Beach Boys are an American rock band formed in Hawthorne, California in 1961. The group's original lineup consisted of brothers Brian, Dennis, and Carl Wilson, their cousin Mike Love, and their friend Al Jardine.

Fact of the day: Rubber bands last longer when they are kept in the refrigerator.

Morning Journal:   If you could only eat one fruit forever – what fruit would it be?

Feelings: This morning I’d like you to focus on what colours you were in at the weekend. Can you explain why you were in those colours?

The finale of our lock down writing competition and we have a treat for you today! Today's poem is called the 'Spider' and Martyn will explore his inspiration for the poem, the poem and of course, some illustration work.  A competition video will be arriving on your blogs shortly, not only announcing the competition, but also with some rather funny out-takes.

Martyns poems have really inspired me to get into those darker places, observe the fauna which are hiding there, going about their daily business, and write about them. I really hope that it has inspired you to to the same! Enjoy...

“A murd’rous spider spun his web

then (spinning done) he slunk away

to await the innocent fly…

The fly was fleet and flew well fast,

yet suffered one mishap;

and, thinking thoughts of sticky buns

flew into the spider’s trap!

and scuttled out to see…

what he’d ensnared by cunning means:

A fly? or bumblebee?

- the spider stalked him slow..

until the fly did realise:

There was nowhere he could go!

The spider drew a poison rod

and plunged it in the fly,

then sneered and waited patiently

and watched his victim die!

“I’ll bring my fork and serviette

…then wrapped this fly in silken thread

so fine yet very strong,

and tied his parcel to a twig

and hummed his jolly song.

He stands before you now, My Lord,

as guilty as can be:

This case will last a single hour

- we should be done by three!”

“Is that the truth?”, the judge exclaimed,

“You ate a harmless fly?

An hour or two will do the trick

The spider sneered and cleared his throat,

then rolled his beady eyes.

“Your honour, there’s a thing or two

that you should know, of flies!

The fly can carry Cholera

and many worse diseases!

The fly will eat the very germs

what come, when some-one sneezes!

He steals - and has no shame;

A miserable thief - a filthy pest

(to say his proper name!)

But, I am just a simple chap

who loves a juicy dinner;

and you hate flies as much as I,

The judge and jury drew their breath

and pondered long and good.

They hadn’t planned to free the spider..

Maybe, now, they should?

“I have this poison rod?

T’was giv’n to me in case of need

by him that you call “God”…

did write a lengthy book,

about the creatures large and small

which live in ev’ry nook…

..and, in this book it postulates

is part of Nature’s Grand Design,

“It is a fact,” the judge declared,

that all of us must eat:

I feel this case is full of holes:

There is a saying:

have bigger bugs, what bite ‘em…

And bigger bugs have BIGGER BUGS…

The spider grinned and wove his words

The judge then brought his gavel down

..that ev’ry creature gathered ‘round

did well and truly JUMP!

The jury stretched their little legs

and scuttled off outside.

The spider eyed the judge’s coat…

..And, now this matter’s all wrapped up,

I must say, one thing’s true..

Having listened to fantastic poetry every day last week, your challenge is to write your own! The theme is ‘fauna’, which means animal. The poems Martyn has given us this week are all based on this theme to help you develop your own; yours could be a creature great or small. Now if you take part in this challenge we would like you to send your poems to us and alex.mcauley@chiltonprimary.co.uk aka Mr McAuley as he will share these with Martyn Harvey himself! Have fun with it, they could be short or long there is no defined rules for this! We cannot wait to see what you create! (Poster attached)

MOS: Count in the multiples 2, 5, 10. Challenge in 3s. Remember to always start with 0, you can make jottings to help you or write them down. Whatever is going to help you!

Task: This week we will be recapping our learning on money!

Take a look at the sheet attached for your tasks for today!

There are lots and lots of different animals all over the world.

Each animal has been classified by scientists so it belongs to a group.

Discover some facts about each group by watching the clips by following this link. https://www.bbc.co.uk/bitesize/articles/z4svgwx

Scientists can sort animals into different groups based on their features.

All animals within the same group have similar things in common such as being warm-blooded or cold-blooded!

For example: Animals such as elephants , cats and blue whales are all in the same group called mammals because they have hair.

The six main group of animals are:

There are lots of interesting things to find out about different animals:

Have a go at the quick quiz about Mammals on the link.

If you don't have a printer then use a blank piece of paper and some pencils or crayons to draw your own animals for each group!

Helping at home challenge: Tidying books. Think about how we display books at school, we need to be able to see the front cover or make sure the book is the right way up in a book shelf so you can read the title on its side. If you don’t have a book shelf you may want to organise DVDS or something else instead.

We hope you have a lovely day!